First home or forever home? Why getting started is the most important step

Once upon a time, most people followed the same life path. You completed your education, got a nice stable job and within a couple of years put down a deposit on a house in the suburbs with room for the kids. Then came rising house prices, the gig economy and a generation of people who have been told that home ownership isn’t achievable.

And yet, two-thirds (67%) of Australian households are home owners, either with or without a mortgage. So how do they do it?

While there’s no ‘one weird trick’ to home ownership (we wish there was!), one thing can help. Avoid getting caught up in the idea that your first home has to be your forever home. The truth is, the earliest you get on the ladder, the more options you’ll have down the track. As your household needs change, you can rent out that first home or sell it and use the equity for an upgrade.

After renting together for many years, Danica and Tom had put together some savings and also came into a sizeable inheritance. They were also talking about having children and they wanted somewhere to accommodate their growing family. “We decided, let’s do this!” says Danica. So they went to see Mark Edlund at Clarity Home Loans.

“We knew we needed a space that would accommodate a baby or two. We also wanted to still have some room in the budget for overseas holidays and fun. Mark helped us to see what we could afford and still live the life we wanted.”

The couple decided to buy off plan to give themselves time to save more money. And because it wasn't intended to be a forever home, Danica took a pragmatic approach. “I didn’t go to open inspections because I knew that off plan was the right way to go for us. When I saw a house-and-land package come up in Crace, on one of the last available blocks, I grabbed it. We made a few tweaks to the floor plan and we were ready to go. It was 3-bedrooms across from a reserve, so it was perfect for a young family, even though we knew it was a bit small to be our forever home and a bit further out than we wanted.”

Five years and two children later, the family are ready to move on up. “The kids are still very young, but I want somewhere where they can be teenagers. We’re looking for somewhere in the Inner North, with a couple of living spaces so we can spread out and do our own thing. Because our house has gone up in value and we’ve built that equity, we can really take our time and choose the perfect next house. It’s just a matter of waiting for it to come along!”. 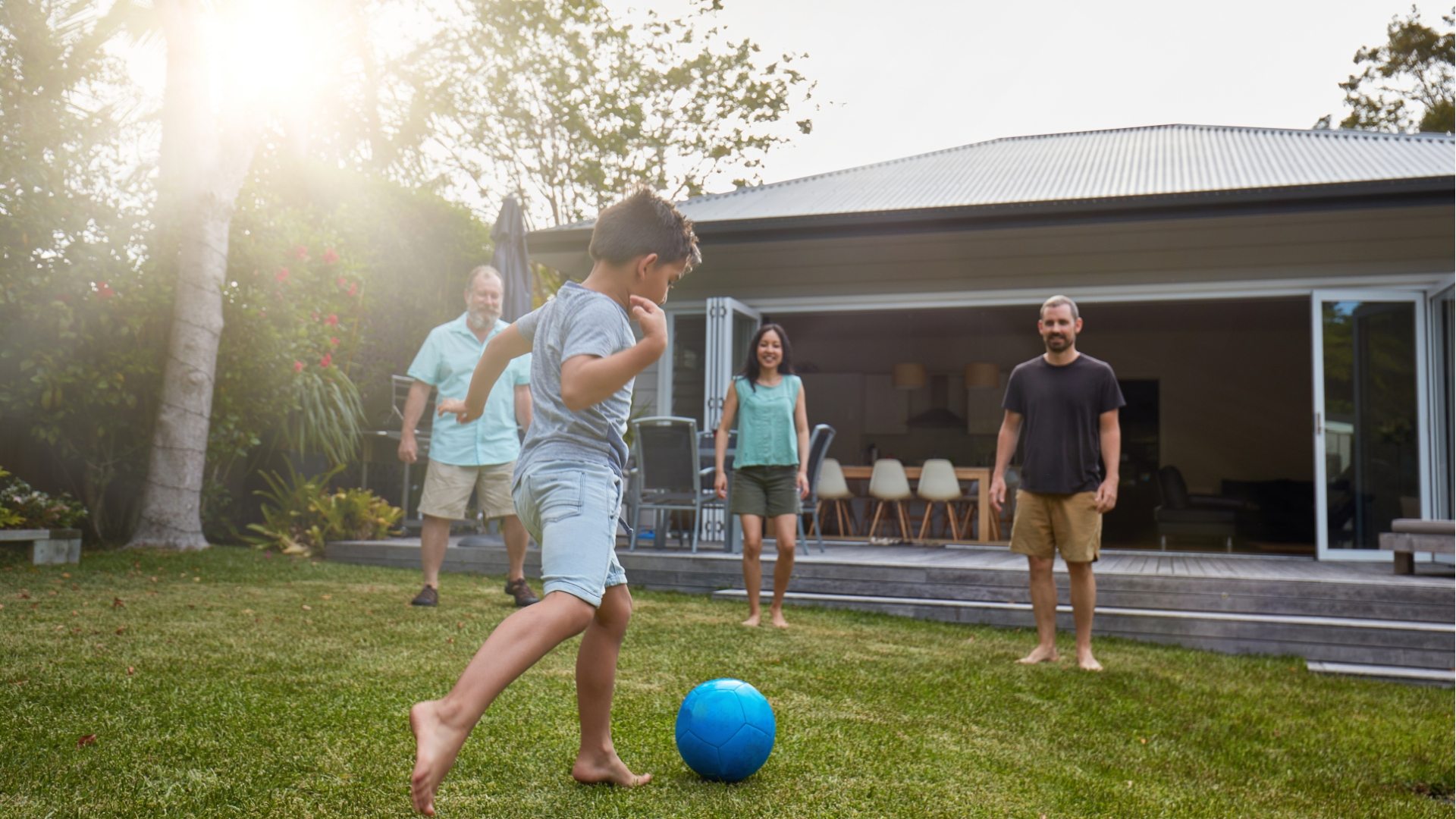 Joanne – Into the market early and on her own

Joanne bought her first one-bedroom apartment in her late 20's to get into the market, upgrading first to a two-bedroom and then a duplex. But she hasn’t stopped there.

“The goal is financial freedom,” she says, “so we’re always looking for the next opportunity. Right now we’re holding a block of land in joint venture plan that will let us build a four-level property with hotel-style studio apartments. We can rent most of them and live in one, giving us a huge amount of freedom to choose what to do next.”

Joanne’s lofty ambitions started modestly. “I bought a one bedroom apartment in the suburbs to get started, even though it wasn’t ideal for me. I’m definitely an inner-city kind of person. But I knew that the sooner I got into the market, the better off I’d be financially and that after a few years, I could upgrade. My partner also bought a one-bedroom when he was in his 20's, in a nicer area. Because we could rent his out for more money, we decided to live in mine and maximise savings.”

A few years later the pair sold the nicer of the one-bedrooms and, profits in hand, bought a larger two-bedroom off plan, with the intention of living there for the foreseeable future.

“We customised the floor plan and added some things that were important to us, like a bath and nice floorboards.” Meanwhile, they kept the other one-bedroom to rent out.

Then they decided it was time for a change. They sold the remaining one-bedroom, kept the two-bedroom as an investment, and bought an older duplex. “It was in original 1960's condition, so it needed a lot of work. We did a heap of renovations but there was still no working kitchen when we moved in. It wasn’t a lot of fun, but we saw the potential in the place so we kept at it.”

The intention was to build an additional apartment onto the property, but before they could do so, yet another opportunity presented itself. This time, it was a large block on the same road with two properties on it. With subdivision potential a-plenty, they snapped it up. The block next door was also for sale. A friend who develops property for a living said, “Since you have block one, I’ll buy block two and we’ll join them and do a development.”

Joanne and her husband got the house she wanted and they’re putting townhouses on the rest of the site, leaving them with a hefty profit—all starting from one modest apartment in the ‘burbs.

“That first purchase was key. We wouldn’t be where we are if I hadn’t made the choice to sacrifice lifestyle for the long game.”

Fiona and Edward rented until their late thirties. “My parents weren’t home owners, so it just wasn’t something that was on the radar,” Fiona explains. “Although I’ve been working since I was really young, I thought home ownership was too difficult. It didn’t seem like a realistic goal, so I never bothered trying to get a deposit together when I was young.”

Once Edward had completed his PhD and the pair were both in well paying full time roles, they decided to finally take the plunge. But by now, things were a little trickier.

“A lot of people buy an apartment as their first home,” says Fiona. “But by the time we were in a position to think about it we had a couple of cats and a dog, plus Ed had hobbies that needed a garage. We really needed to go straight to a house. That meant that a lot of typical first homes weren’t really suitable, and we had to come up with a larger deposit.”

Saving up for that deposit was also made harder because they’d waited. “What you’re willing to put up with changes as you get older,” Fiona says. “We felt we were far too old to move back in with our parents, or into a share house with friends, while we saved up — that made it a bit slower."

Still, they were determined, and put an aggressive savings plan into place. After 18 months, they settled on their first home and are happily settled in. Or at least happily enough.

“We love this house. It’s on a huge block has everything we need, but it’s not a forever home. Or at least not yet. It needs substantial renovations to get it to where we’d like it to be. Sometimes I wish that I’d bought a unit back when we were younger. I think it would have made things easier. But I’m glad to be a home owner now.”

The sooner you get into your first home, the more options you’ll have down the track. While it’s tempting to hold out for that ‘perfect’ home the first time around, you might actually be doing yourself a disservice.

While it doesn’t matter if you buy new off the plan or a existing property, off plan purchases do allow you to put a small deposit now and give you time to save up the remaining as the property is built – sometimes giving you over two years to get the money together.

You can see what off plan properties are available here.

Truth time: How much do you really need for your first home deposit?
Andrew thought he couldn't afford a home...then he saw a mortgage broker
Frequently asked questions about using a guarantor
How we saved our deposit: 3 stories
How to go from renter to homeowner in 3 easy steps

Thinking of buying
off the plan?

Sign up and get updates on the latest developments delivered straight to your inbox before they even go on the market.